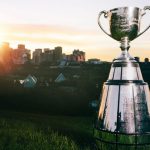 Whichever team wins Sunday’s Grey Cup crowning the champions of the Canadian Football League, a title drought will come to an end. It has been almost three decades since the Winnipeg Blue Bombers brought home a title, and for the Hamilton Tiger-Cats, it has been two decades. So the 107th Grey Cup will bring solace to one long-suffering fan base.

The Differences Between Canadian Football and NFL

The CFL (Canadian Football League) is seen as an alternative for the NFL betting fans and an exciting entree to the Pro football season. Although the two leagues are very similar, there are several differences between them. Instead of the traditional 11 vs. 11 formation used in the NFL, the CFL is twelve a side with an extra player utilized in the back field on offense. Defensive coverage is tougher compared to the NFL, so to balance the difference between offense and the defense, the quarterback has one fewer down per series. Each play constitutes a down. The offense must advance the ball at least ten yards towards the opponents’ goal line within three downs or forfeit the ball to their opponents. The CFL regular season is 20 weeks long (NFL is 17 weeks), and runs from late June to early November; with each team playing 18 games with at least two bye weeks. Since 2005 each division comprised of four sides in each, but with the addition of Ottawa in 2014 has expanded the competition to nine sides and the season’s length to 20 weeks to accommodate bye weeks.

The CFL has similar methods of scoring when compared to the NFL (Touchdown, 2 Point Conversion, Field Goal and Safety) with one exception: Teams can score single points. Officially, the play is called rouge (French for “red”) but is often referred to as a single. This happens when the ball becomes dead in the possession of a team in its own goal area, or when the ball touches or crosses the dead-line, or side-line-in-goal, and touches the ground, a player, or some object beyond these lines as a result of the ball having been kicked from the field of play into the goal area by the scoring team. It is worth one point. This is different from a Safety in that team scored against receives possession of the ball after the score.

Open Your Account | Win your Next Bet here with Xbet Sportsbook

Thanks for contacting us, We will call you shortly

Enter your email and we will send you a link for resetting your password.